For a long time, we have been aware that the sun may prevent the possibility of the spreading of bacteria. In 1877, the two English researchers Downes and Blount (Downes, A., Blount T.P.: Researchers on the effect of sunlight upon bacteria and other organisms, London: Proc. Royal Society, 1877) found out that the breeding of micro-organisms stopped when these were exposed to the sunlight. At the time, it was not yet possible to explain the process involved.

Later research has shown that the effect mentioned comes from the invisible part of the radiation of the sun that is below 320 Nm. When this knowledge became evident, it was possible to develop an artificial source of radiation for the production of bacteria destroying radiation. The research in the behaviour of the micro-organisms towards this kind of radiation has led to the development of new possibilities in the area of disinfection – from the air as well as from surfaces of solid material. Disinfection without use of chemical means of disinfection or the use of high temperatures has since then been accessible in areas earlier not possible or only with considerable difficulty.

Today, disinfection with UV-C light is not only very valuable but also a necessity as a supplement to other disinfection methods.

The UV spectrum is divided into three areas: 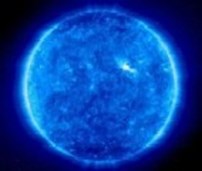 Radiation from the UV-A

is also a part of the natural sunshine on the earth’s surface. This UV-A radiation causes different photochemical processes. It has a perceptible pigmenting – but in praxis no eythematic influence.

Radiations from the UV-B

shows both pigmenting and erythematic influence. They also form pre-vitamin D. This kind of radiation is mainly used within therapy.

has a strong germ fatal effect and also causes erythema and conjunctivitis. This kind of radiation can be made artificial, when a mercury low-pressure in UV-C lamps is discharged. 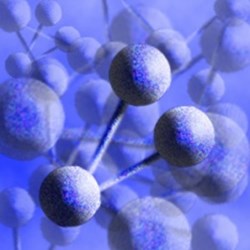 Ultraviolet radiation with wavelengths 100-200 nm forms ozone (O3) from the air. Ozone has a strong oxidising cause and a strong scent. In particular concentrations, it is hazardous for the human organism and hence as all hazardous gases subdued to a threshold value of 0.1 ppm – corresponding to 0,22 mg O3/m3 air.​ 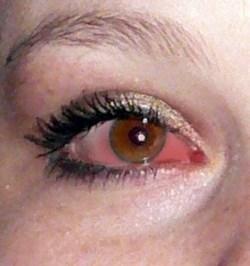 The living cells in the eye is not protected like the skin. Therefore even a small dose of UV-C 253,7 nm radiation will cause inflammation in the eye. This inflammation called conjunctivitis is very painful but heals rather quick. The shorter the wavelength is, the lesser dose UV-C radiation will cause a painful conjunctivitis. Sufficient protection can be achieved with normal window glass, but better protection with special glass. The attention is drawn to the fact that protection of the sides of the eyes is unconditional necessary.​

Erythema is the name given for the reddening of the skin caused by radiation with ultraviolet light. A photochemical reaction causes swelling of the cells of the skin, which will then later redden. Small blisters are formed and after some days the dead layers of skin will peel off. This is what is usually called sunburn.​